Location Details
The ANA Holiday Inn Sendai hotel is located just six minutes’ walk from Sendai Station. Sendai is one hour 40 minutes on the Tohoku Shinkansen from Tokyo Station and 70 minutes by air from Osaka. There are many of Sendai's major cultural and historical venues in close proximity to the hotel; such as Aoba Castle, Miyagi Museum, Sendai Stadium and Rinnoji Temple. Sendai is also famous for its seasonal events; such as the Aoba-Matsuri Festival showcasing impressive warriors and priests marching in the springtime. In the summer the Tanabata Festival will give guests the opportunity to feast their eyes on the colorful streamers waving under the summer skies.
General Information
Offering sleek accommodation with views over city, ANA Holiday Inn Sendai consists of 12 stories with 165 guestrooms and suites and a restaurant. Autumn brings the annual Jazz Festival with Winter displaying fascinating illuminated trees at the Pageant of Starlight. 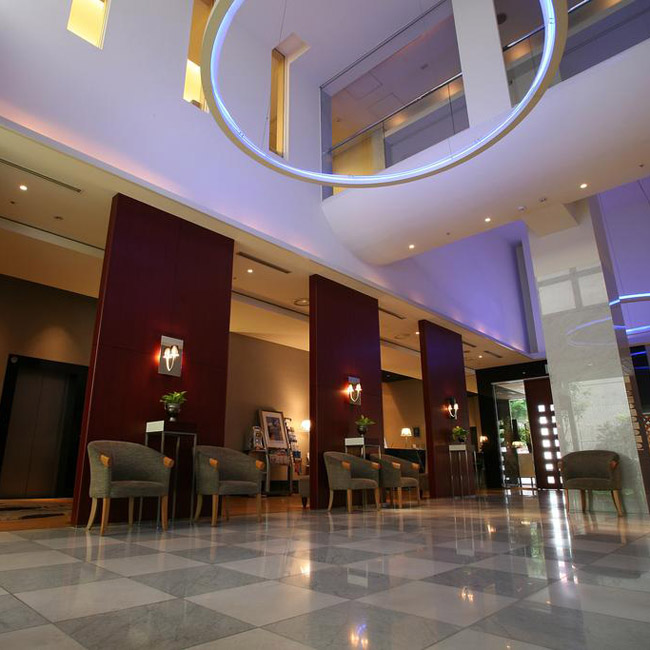 Land price is per person based on double occupancy (unless noted) for select travel dates shown. Air-inclusive vacations are for gateways noted. Rate quoted includes government-imposed fees and taxes and any necessary currency exchange rates. Rate is current when priced, at the time you purchase your vacation, rate may be higher. Rate does not include any applicable daily resort or facility fees (and in Europe, city tourist taxes) payable directly to the resort at check-out; such fees will be advised at the time of booking. Subject to availability and change; certain restrictions and black out dates may apply. Additional airline restrictions may apply, contact the airline directly with questions.